It can be fun to look back at your early work.  Not only can you see your progress, but sometimes you find hidden gems! 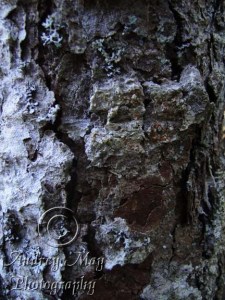 I sat and stared at this image for a few minutes, wondering to myself why the hell I took it in the first place.  Then, looking at a few more images like it, I remembered.  I had taken a few close up pictures of tree bark over the years with the intention of making Photoshop brushes or textures out of them.  I still have to get around to doing that.  I could use them.

Now kids, the moral of this story is really, “when in doubt, take the picture.”  You may or may not have any plans for it at the time you capture the image, and you might look back on it a year or so later and say “What the hell…?”, but take the picture anyway.  And don’t get rid of it.  You never know when it might come in handy for some other project.

This entry was posted in Photography, Photoshop and tagged Photography. Bookmark the permalink.